In search of a voice

I made the decision the other day to venture into the world of audiobooks. It's a frightening thing really. I'm not really sure I even want to do it. In fact, I didn't choose my favorite book of the whopping two I've published, I know, I shouldn't have favorites. I suppose I don't really. I simply wanted to choose the book that I thought might really translate well into audio. 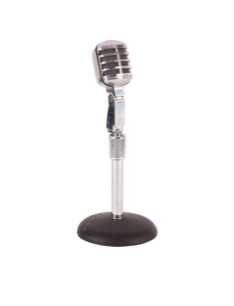 So having made that decision, I now need to find a narrator/producer who can bring my tale to life. It's truly not that easy. I discovered thousands upon thousands of voice-over talents looking for work. Great I thought. Until I saw what they charged. I don't have that kind of budget! Now some authors narrate their own work. I'm not an actor. I'm not good at it. I don't have the perfect voice. My story deserves better! I went to my favorite talent to see what he would charge, and it was sadly far beyond my reach. But I hold out hope. Miracles do happen.

I went to my writing community network on twitter and asked for advice. Thankfully I found some. Directing me to www.acx.com where I could find an affordable way to produce the book. In fact they have several budget-friendly options. I am not looking to demean or devalue the worth of the narrator. I want to make that very clear. This is a big task, huge, to narrate a book. And I want them to be well compensated for it. It's a tricky balance. Thankfully ACX makes this easy.

I loaded up the title, and opened it up for auditions. I've heard it can take anywhere from a month or longer to get any responses. I am perfectly patient in this regard. In the meantime, I can browse their sample recordings and look for someone that might be exactly right for the job.

I need to explain however that I've a background in casting voices. Not to brag, but I'm good at it. And that might actually be my downfall here. I'm very particular. I hear every nuance in a voice. I have exceedingly high standards and I admit it freely. I'm a fledgling novice author, and one might ask what gives me the right to be so picky? It's my book, my sweat and tears, my story. I cannot for a minute allow it to be simply read out loud. I need it to come to life.

So far I've listened to over 100 sample recordings. And each one that passed my screening ended up being way more expensive than my budget allows. I filtered it with my budgeted rates, but the filter on ACX isn't very good. It did of course confirm my selections were spot on. Nothing like finding close to the perfect voice, clicking and learning it's because it's some well-known actor or voice talent. Of course it is. I think I've mentioned I'm pretty good at screening voice talent.

So for now, the only thing I've accomplished is confirming that I'm really good at finding the perfect voice. In fact I know exactly where to find it. I've also confirmed that I can't afford it. So I need to up my game and be really good at finding a perfect voice I can afford. You see it's not enough to share royalties. What if it doesn't sell? As the author, I am willing to write a novel and take the risk that it doesn't sell. But asking someone else to put their hard work and talent into it and take that risk is something else entirely. They all deserve better.

Darwin likes to hop up on my desk. From there he leaps over to the bookcase, the top of which is currently occupied by a large TV, unplugged. Out of order. He scoots by the TV and jumps down to the other desk. This is his favored route. I liken it to when we're going to a new destination in the car, and we're a little lost so the husband will not ask for directions, or consult gps, or ask his wife, sitting next to him. Nope. He goes whichever way he pleases, regardless of where we end up. Darwin is a daddy's boy.

The other day, Darwin, who knows that early morning is no time for his escapades, decided to leap up onto my desk, on his way to his destination. He encountered a cup of orange fizzy liquid, the stuff his human drinks every morning to ward off evil bugs. He chose that moment to try a new kickboxing move. Knocking over the cup allowing the pretty orange fluid to wash over the keyboard. Not drip drip drip. Rather a full streaming bathing soaking experience. Resulting in the death of my keyboard. Oh I tried to save it. I gave it keyboard CPR, wrapped it in towels and scrubbed it clean. What you don't see can't hurt you right? Well, in the pre-technology days, maybe.

At first, I thought I'd succeeded. I was able to use it. Everything normal. For about a minute. Then suddenly the letter R became #@$% and P was F$@ and I knew we had a problem. When your query letter to a literary agent begins with Dea#@$% F$@7ck? They might not respond. Of course often they typically don't respond anyway, but this might put me on some sort of blacklist. I'm sure they have one.

Well the good news is that the new keyboard arrived the next day. But in order to function, I have to pair it with the computer. Only I can't actually get into the computer without correctly typing a password. Desperate, I sent hubby on a treasure hunt in our storage unit for a keyboard from once upon a time. It had to be wired, not wireless, because there's no way to pair it until I get a password typed in. Had no idea if an old one would still work. If it would be compatible. But I suppose keyboards haven't changed much over the years. I didn't even know if he could find it.

Let's just say hubby is my hero and a master treasure hunter. He found it. And it works. It's a bit clunkier than I'm accustomed to, and the keys are a little slow, but they were able to correctly input the password. And I am able to write my blog. As Darwin watches from his perch on hubby's desk. Which he got to in his usual way. Only this time there was no cup to knock over. I'm a fast learner.

The need for Happy Endings 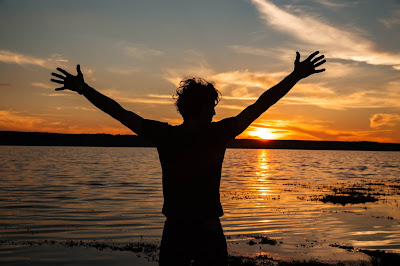 Seems to be a hot topic among those who dislike neat and tidy at the end of a book. "Life is messy," they say. "Not everything ends the way you want it to," they say. "Sometimes you need to dig deeper," they say. They being family, critics, friends, anonymous readers and not so anonymous wanna-be-fans.

And they all have a point. But there is something else to consider. Other than the clearly relevant fact that I'm the author and it's my story.

My debut novel featured a happy ending. Nobody complained. In fact, readers said they loved the happy ending. Schmaltz and all. Happy Endings for some seem to be a guilty pleasure. Nobody likes to admit that every so often they need one. Just as in real life. We need happy endings. Without them, there's simply no hope.

So I leave the dark brooding endings and uncertainty to others. There are many who do enjoy the rollercoaster of emotions that come with an ending without closure. Or where the main character never achieves their goal. Where the protagonist dies. Books that leave them in tears. The argument being, it's real life. No! It's not! It's fiction. It can be anything I want. Want being the operative word.

I turn on the TV lately only to find within 10 minutes my anxiety is at peak levels. Why would I want to dive into a great book only to find an awful ending? Leaving me depressed or horrified or worse. For some, that's their escape and I'm not criticizing it. I'm saying I can't write that way. My escape is writing. When I write, I'm putting myself in my happy place. So even if horrible things occur, I know what's coming. All's well as long as it ends well. If you don't like happy places, then my writing isn't for you.

Happy Endings are like a fabulous dessert. The sweet satisfying conclusion to a wonderful meal.
- September 14, 2019 No comments:

So what do yout think? No really!

Hello dear readers! Just checking in! How'd you like my book? You loved it? Wonderful. Will you write a review? Yes? Oh thank you.

No, I'm not holding my breath. Good thing. I'd be dead. This week's blog rant is quite honestly a begging session. Picture me on my kitchen floor waiting at the cupboard like Darwin the wonder cat waiting for treats. Phone in hand, checking Amazon and Goodreads and Barnes and Noble every 5 or 10 seconds. Nope. Still 5 reviews.

How is that possible? I've sold way more books than that! OMG everyone hates it. They are lying to me. They hate my book and don't want to tell me. Maybe I should unpublish, which in non-publishing terms is a take-back.

Oh you're looking for my debut novel? Did I say it was out yet? Just kidding! I have to rewrite it!

Yes I'm ranting like a lunatic today. Only out of frustration but when I invited you all on this journey with me I promised the good the bad and the ugly. Today is the ugly. Now, I must get back to my protagonist who's just discovered the thumping in the basement isn't the furnace, so I'll leave you all to that review you promised, unless you hated it and in that case, silence is golden. 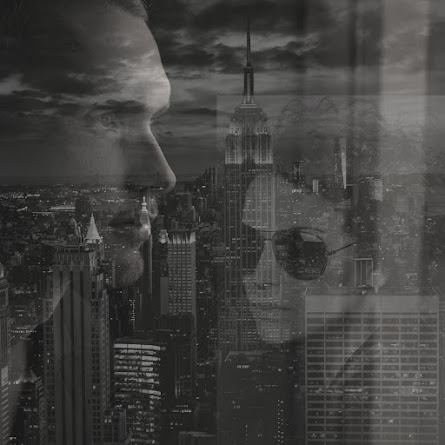